Happiness from the Shelter: Top 7 Stories about Celebrities and Their Pets

What if you or your child dream of a dog? The answer would seem obvious: you need to contact a professional kennel and choose an animal that suits you in character and appearance. That's right, but not always: sometimes the option of purchasing a dog from a breeder is not suitable for some reason - well, for example, it's just expensive for you. In such a case, people sometimes act hotheadedly: they buy an animal at the "pet market" or on the Internet.

Remember: never do this! There are no "cheaper" pedigreed dogs (and cats, by the way, too) in the world; they exist only in the world of dishonest breeders. Alas, such people can be found rather often, and what they are doing should have been outlawed long ago. Because competent breeding and breed development according to the standards and rules accepted in the world of cynology is only possible in professional kennels.

Whereas dishonest breeders can only cheat us, that is sell strange hybrids instead of pedigreed dogs, animals that do not meet any breed standards, or even just sick and even unviable ones. "Responsible attitude to animals? No, we haven't heard about this" - this is about them. Therefore, an important piece of advice: it is necessary to stay away from such people!

So what to do if you dream of a dog, but do not have finances therefor? Just take a pet from a shelter. There are such institutions – both municipal and private – in almost every city. Here animals are not just fed – they are monitored, cared for, treated, vaccinated and even brought up, for which they attract professional dog handlers. Taking a dog from a shelter is a great solution. 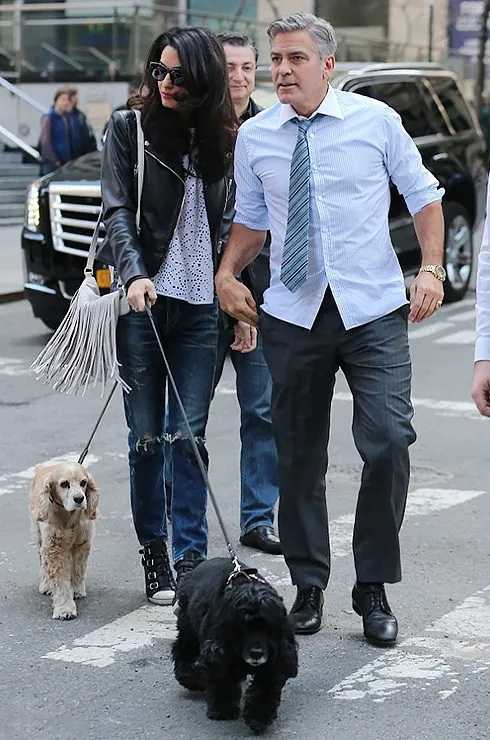 Many celebrities agree with this, by the way. For example, the Cocker spaniel Einstein lives in the house of George and Amal Clooney. The star actor, like many ordinary people, had long dreamed of a dog, but due to constant busyness, he did not dare to buy a puppy. But one day their paths crossed, and Mr. Clooney literally melted at the sight of this dog. Einstein got into a shelter because his previous owners refused him because of conjunctivitis and obesity, but by the time of the fateful meeting he managed to become such a handsome dog that the actor simply could not resist. Now the dog has a personal veterinarian, stylist and even a personal chef, and even Clooney himself is a little jealous of him. "If I could choose who to be born like, then I would like to be born my dog," jokes George. Some private information: as you know, Clooney was perhaps the most enviable bachelor in Hollywood and remained in this status for quite a long time. Radical changes happened in his life thanks to Einstein: the actor took the dog with him on all dates and carefully watched how potential brides reacted. Only Amal Alamuddin passed the strict dog control. Did you think Clooney fell in love with her just for her beauty?:) 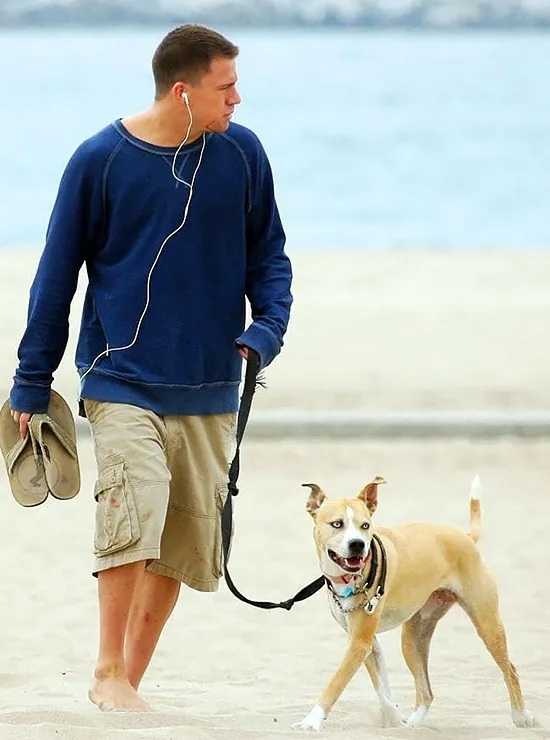 An actor, model and just handsome Channing Tatum does not part with his dog Lulu. They not only run together in the morning, but also do not mind spending a pleasant evening at a bar. The actor's friends claim that Channing loves his dog (of a fighting breed, by the way) so much that he can easily take off his sweater or hoodie anywhere to arrange a cozy couch for Lulu if he shows signs of fatigue. And yes, the star of "Step Forward" and "Disgusting Eight" also took his pet from a shelter. 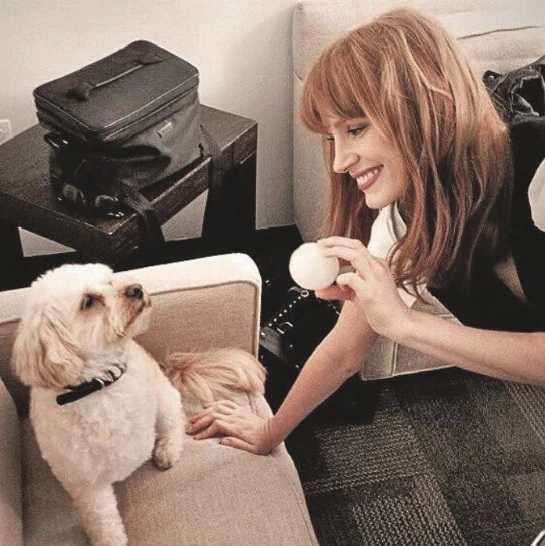 The story of Jessica Chastain and her beloved Cavachon named Chaplin stands somewhat apart in this list. In fact, the actress did not go to a shelter for a dog – she just found it on the street. But Jessica has a long-standing and very close connection with shelters: she has repeatedly picked up lost or left(alas, it happens) animals and found owners for them or simply took them to shelters. But she could not part with this dog, perhaps due to the fact that Chaplin is a special dog, he does not have one paw. Which, however, does not prevent the actress from walking around New York with him. 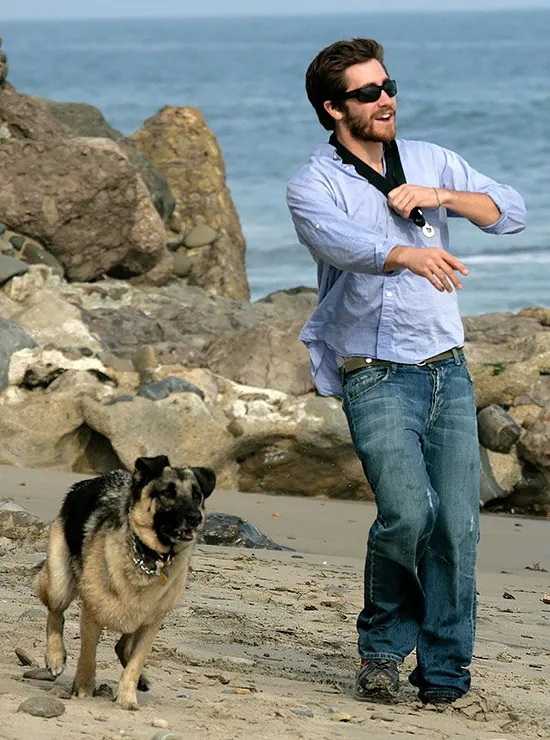 Not one, but two dogs from a shelter live with Jake Gyllenhaal. The first of them, a German shepherd named Atticus, Mr. Gyllenhaal found in the rescue service and sheltered. Not even like that: Kirsten Dunst, who was Jack's girlfriend at the time, decided to "adopt" the dog, and he just couldn't refuse his girlfriend. The couple later broke up, and the dog stayed with the guy. In order for Atticus not to be bored, the actor took another one into the house, of unknown breed, named Boo. By the way, Gyllenhaal loves not only his dogs, but every dog in the world. If he could, he would probably shelter them all, but now he helps animals who are looking for a home. One day he took part in an auction of the Mississippi Animal Rescue League: he signed wooden bones for dogs and put up paw prints of his animals for auction. So cute, isn't it? 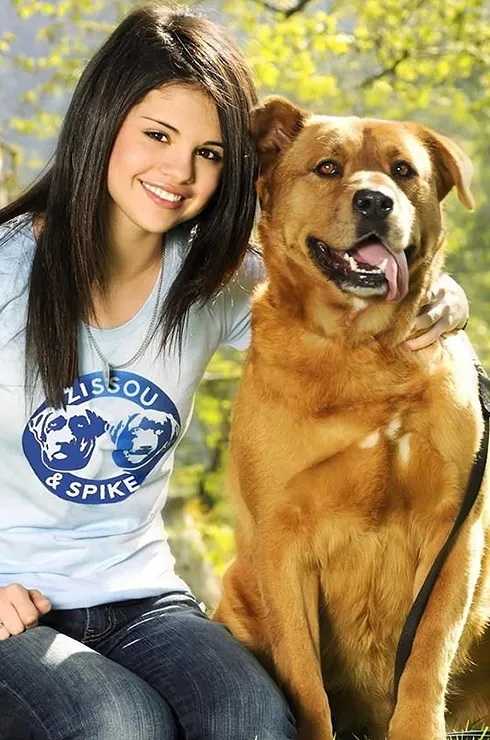 The real record holder for the love of animals is Selena Gomez, the idol of teenagers. She has six dogs! You won't believe it, but the actress took all six of them from a shelter or even picked them up on the street with her own hands. There were sick animals among this magnificent six, and some of them even could be put to sleep, but Selena cured everyone! Now the Gomez house is really funny. Selena's mom, by the way, helps her cope with this rather big company, and stays with the dogs when her daughter is not at home. By the way, she does not mind taking new pets: one day she brought a new dog – it just seemed to her that the dog felt lonely and unhappy at the nearest parking lot. 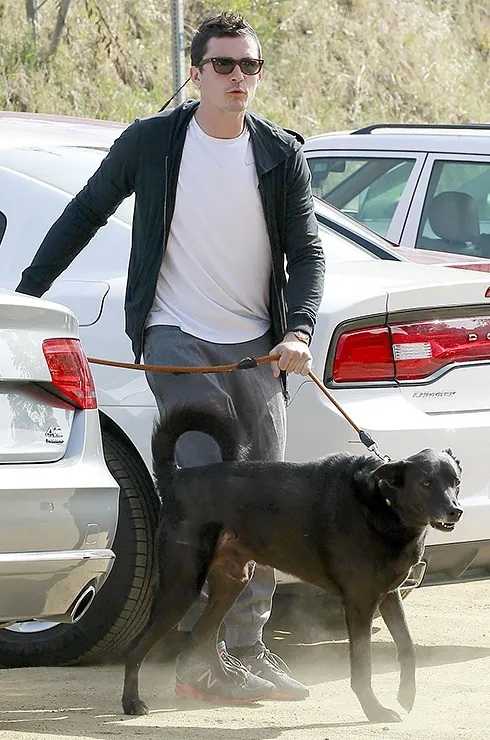 If you noticed, we named the breeds of dogs adopted by the stars – except perhaps Selena Gomez, since the enumeration would take up a lot of space. However, celebrities, as it turns out, are so kind and merciful that they are ready to share shelter not only with purebred pets, but also with mongrels. Orlando Bloom, for example, is fond of his black mongrel Saidi, whom he brought from filming in Morocco. The heart of the star of the Pirates of the Caribbean gave up when Orlando saw a hungry and pathetic creature sitting in a box at a local market. He bought the dog, quickly drew up the documents, did all the necessary vaccinations and took Saidi to his home in America. Now they are inseparable: the actor not only walks with the pet rescued from certain death, but also takes it with him to a cafe and even to filming. 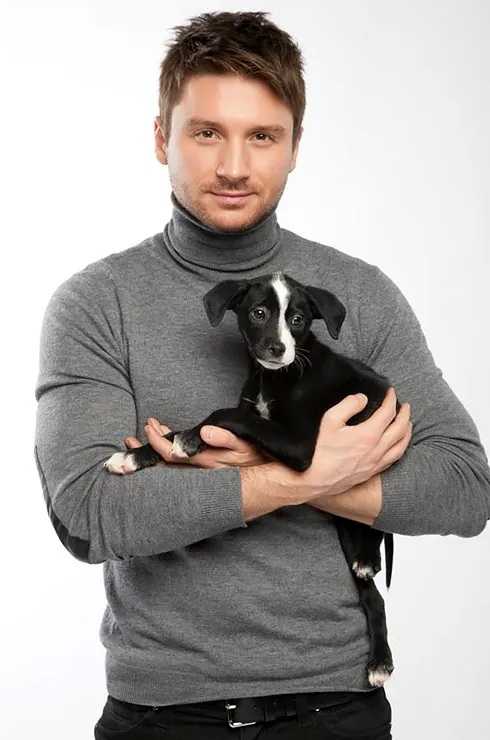 If you thought that only Western celebrities are capable of good deeds, here is a wonderful example for you in Russia: pop music superstar Sergey Lazarev "adopted" Daisy (also a mongrel, by the way) after participating in the charity project "Looking for a Home". But the singer did not stop there and opened a pastry shop for animals! The shop bears a cheerful name "Poodle-Strudel", and the cakes, although similar to ordinary "human" muffins and cakes, are made of buckwheat and meat, mainly beef.

And now all these wonderful stories in one video – especially for those who want to follow the example of celebrities. And just dreams of a dog.

Никто пока не оставлял комментариев
Other articles
All articles
Dog for a Young Couple: 7 Reasons to Have a Pet
Have you recently got married or are you just living together but not ready to become parents yet? But why? Are you afraid to bear such responsibility? Don't you know how to properly manage your...
More »
Going on Vacation: What To Do with the Dog?
It's time for summer vacations. Have you already managed to go to the sea or are you just looking forward to the main trip of this summer? Or are you one of those who find the best rest in the...
More »
A Dog for Everyone!
But only for those who really love animals - like, for example, Anna Shcherbakova, an Olympic champion. The famous figure skater wad recently invited to a charity exhibition, which was called "A...
More »
Four-legged Babysitter
Children and dogs – you will not see anything nicer not only today, but for a long, long time. Photos of babies and dogs communicating with each other always cause a lot of positive emotions. And a...
More »
Dangerous Beauty
– How will it end? – April will come. – April will come, are you sure? – Yes, I'm sure. I have already heard, and checked this: birds were singing in the grove today… (a poem by Yuri...
More »