On a Red Motorcycle Wearing a Helmet and Goggles

Road users of Yekaterinburg can often observe an amazing picture: a red motorcycle is racing along the road, in whose sidecar an important passenger is sitting - a mongrel in a real motorcycle helmet and goggles. The sight is simply touching! They are waving from the windows of cars to the biker dog and ask for a joint photo.

It is clear that they ask not the dog, but its owners. And then it turns out that such equipment and, in general, the fact that the dog is moving in such an unusual vehicle is not at all an accident. The thing is that its owners, Lena and Yura, are motorcycle travelers and at the same time bloggers, and Strelka - this is the name of the passenger dog - is their faithful companion. 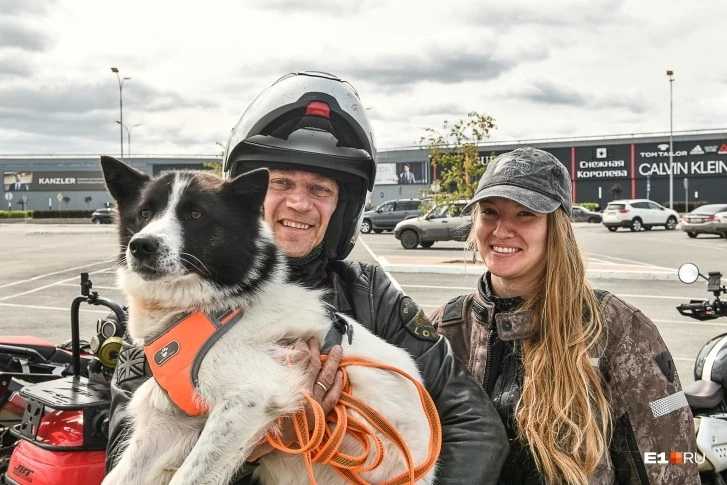 But it was not always so. Once this dog was an ordinary homeless mongrel, lived in a kennel next to an abandoned house and ate what God sent. The dog became a victim of human cruelty. “We live in Uktus (one of the districts of Yekaterinburg - ed.) In a new building. Nearby, the private sector is being demolished for new houses. In one such private house there lived people who got a puppy, played a little with it and kicked it out. Dog owners from our house fed the puppy, and the owners let into the kennel”, Elena says. 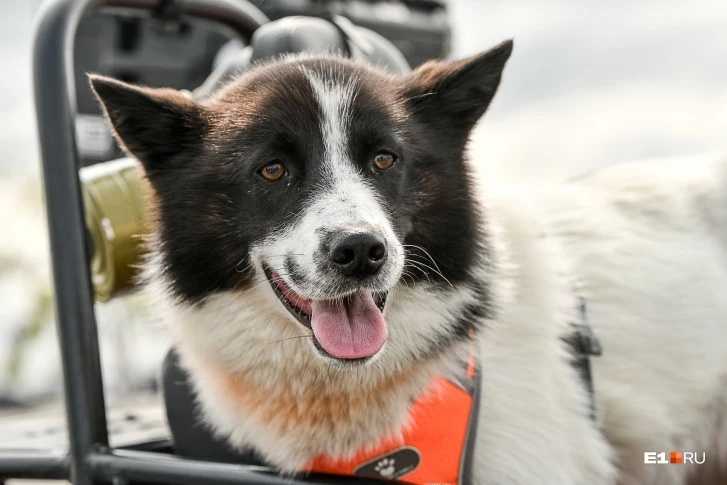 It would seem that the dog had some kind of dwelling, and was not dying of hunger - what more could you want? But Lena thought that the dog was sad because there was no one to play with it. Then the girl bought a collar and began to walk with Belka. Yes, the almost homeless and nameless mongrel finally got a name: Lena named it that after the dog she had possessed when she was a child. 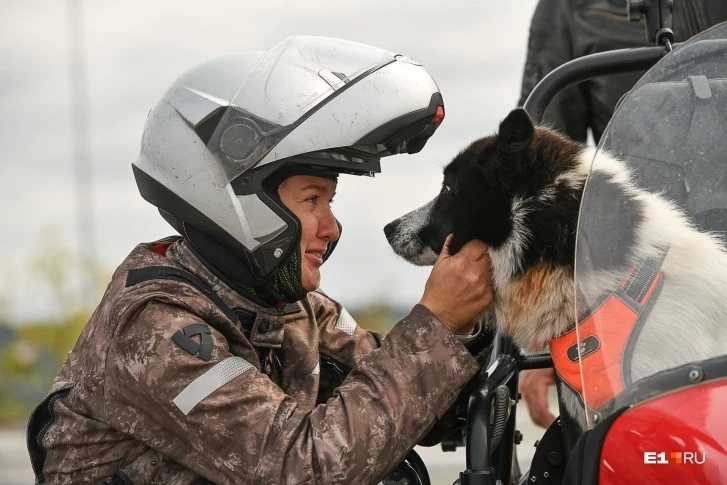 The attempts to find new owners for the dog gave no results. However, the girl herself did not want to part with her new pet: “Belka is an ideal dog. When I began to walk with it, I immediately realized that it was mine. There is such a thing with people, you meet and understand: this is my man. The same was with the dog". 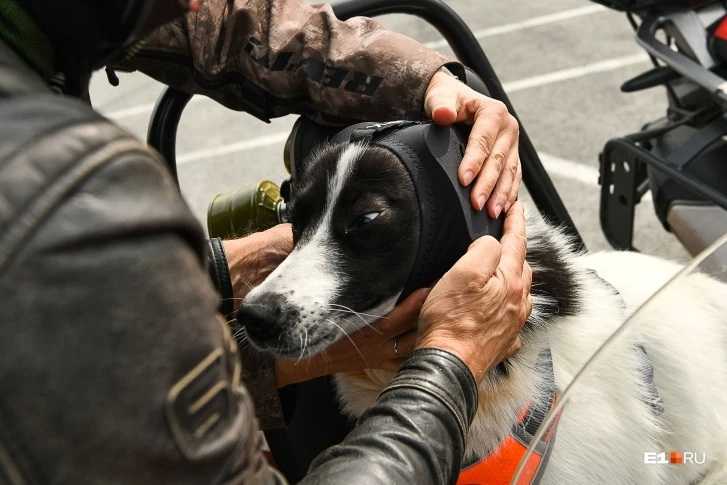 Yura, Elena's husband, not only supported his wife, but also allowed Belka to travel in a side-car, which the guys bought for winter motorcycle trips in order to carry things. Having found out that when travelling by car (and even more by a motorcycle), the eyes and ears of dogs can be damaged due to the wind, the spouses ordered special motorcycle goggles and a helmet from the USA to protect the ears - soft and soundproof. Now Belka looks like a real biker! 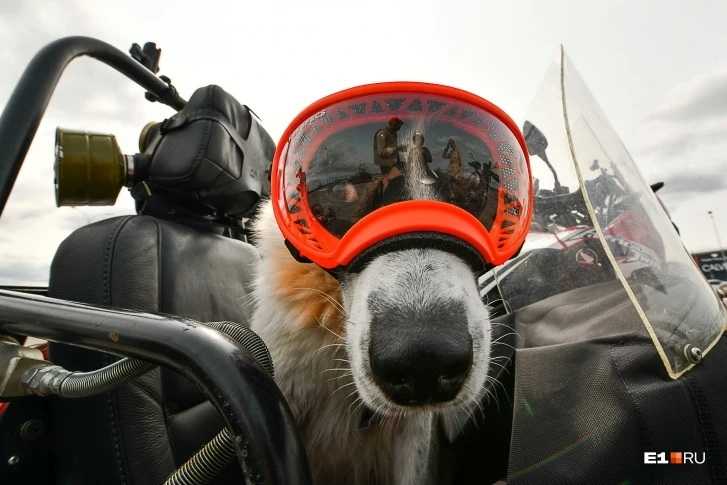 So far, together with its new friends, the dog travels around the city, but in winter the crew plans to go to Murmansk to admire the northern lights. The side-car, of course, will be equipped for such a trip: they will make an awning from the wind and arrange heating. After all, the new family of Belka has become attached to their favorite and takes care of the dog. The spouses say: "Now we will not give it to anyone!"